"Language is a weapon, its not for shaving your armpits." So says eminent writer Mahasweta Devi in this documentary about the her life and work.

At the center of a half-century of tumultuous change, the lifetime of Mahasweta Devi has spanned the British period, Independence, and fifty years of postcolonial turmoil. Her writing has given Indian literature a new life and inspired two generations of writers, journalists and filmmakers. A celebrated writer and tireless activist; for the last two decades, she has led a battled on the behalf of the De-notified tribes of India-indigenous groups who were branded “natural criminals” by the British Colonial State, who face discrimination to this day, despite being “de-notified.”

Informal in style, this video explores how Mahasweta’s daily life and writing is a part of her life as a tireless worker for the rights of the aboriginal peoples of India.

"Mahashweta Devi was born in 1926 in the city of Dhaka in East Bengal (modern day Bangladesh). As an adolescent, she and her family moved to West Bengal in India.

Born into a literary family, Mahasweta Devi was also influenced by her early association with Gananatya, a group who attempted to bring social and political theater to rural villages in Bengal in the 1930’s and 1940’s. After finishing a master’s degree in English literature from Calcutta University, Devi began working as a teacher and journalist. Her first book, Jhansir Rani (The Queen of Jhansi), was published in 1956. This work also marked the beginning of a prolific literary career.

In the last forty years, Devi has published twenty collections of short stories and close to a hundred novels, primarily in her native language of Bengali. She has also been a regular contributor to several literary magazines such as Bortika, a journal dedicated to the cause of oppressed communities within India. In 1984, she retired from her job as an English lecturer at a Calcutta university to concentrate on her writing.

In the last decade, Devi has been the recipient of several literary prizes. She was awarded the Jnanpath, India’s highest literary award in 1995. In the following year, she was one of the recipients of the Magsaysay award, considered to be the Asian equivalent of the Nobel Prize. She lives and works in Calcutta, India."

(Sometimes spelt as Mahashweta Devi or Mahasveta Devi. We have used the spelling usually used in her books) 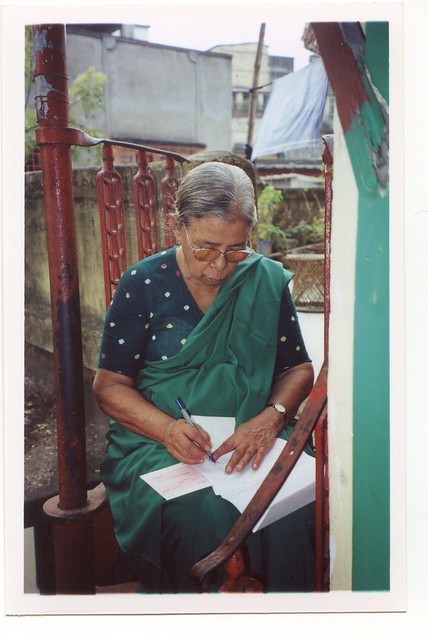 If you like this film, be sure to check out Please Don't Beat Me, Sir! and our other films as well.

Shashwati Taulukdar is an independent filmmaker whose work ranges from documentary, narrative and experimental. Shashwati worked as an editor in the film and television industry, where she got her start as an assistant editor for a TV show by Michael Moore. 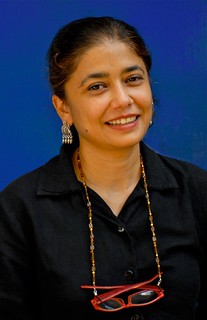 The DVD is available from Documentary Educational Resources (DER).

Interested in holding a screening at a school or in your community?